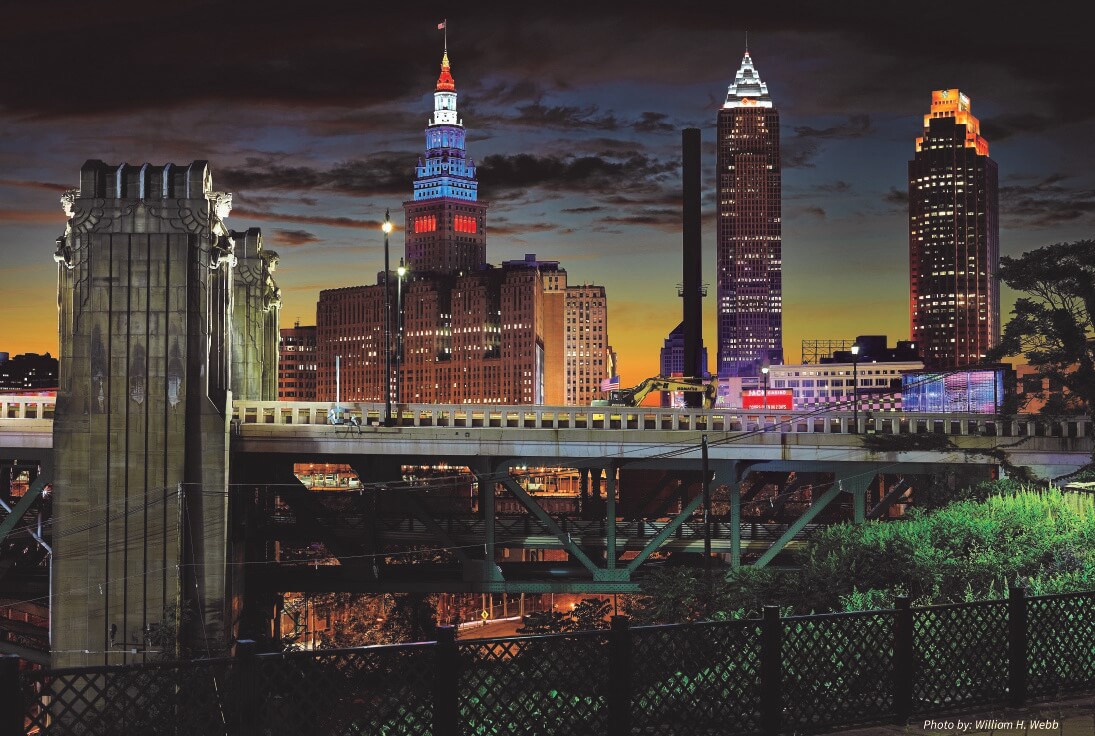 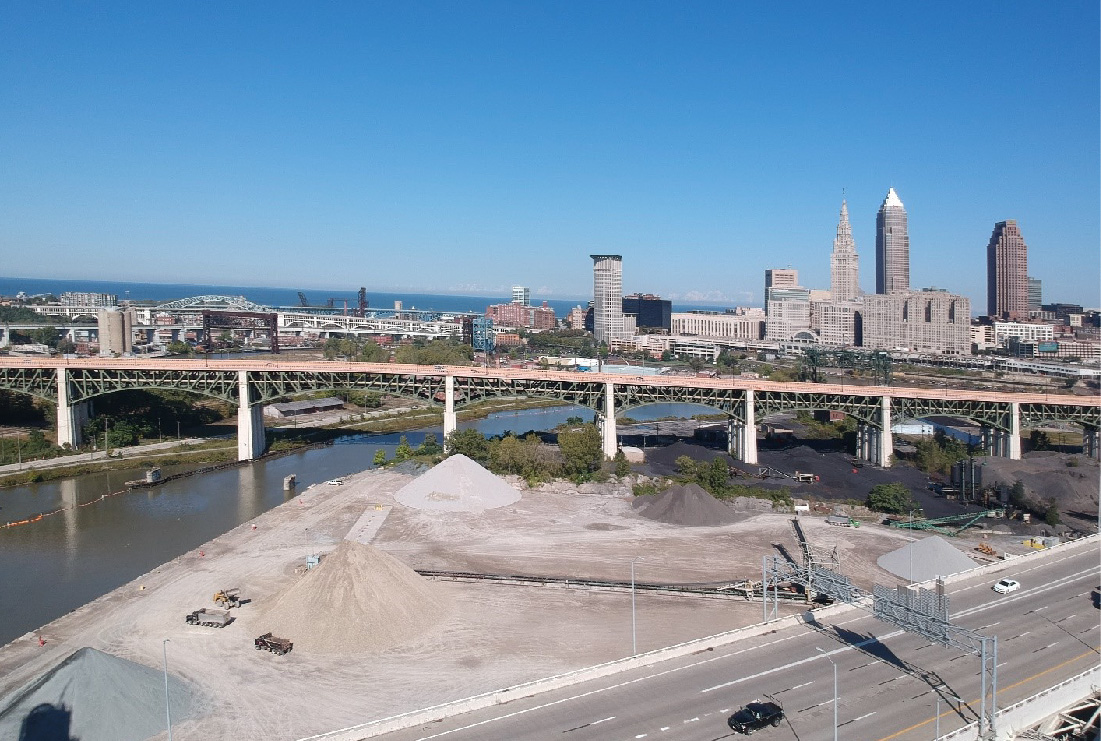 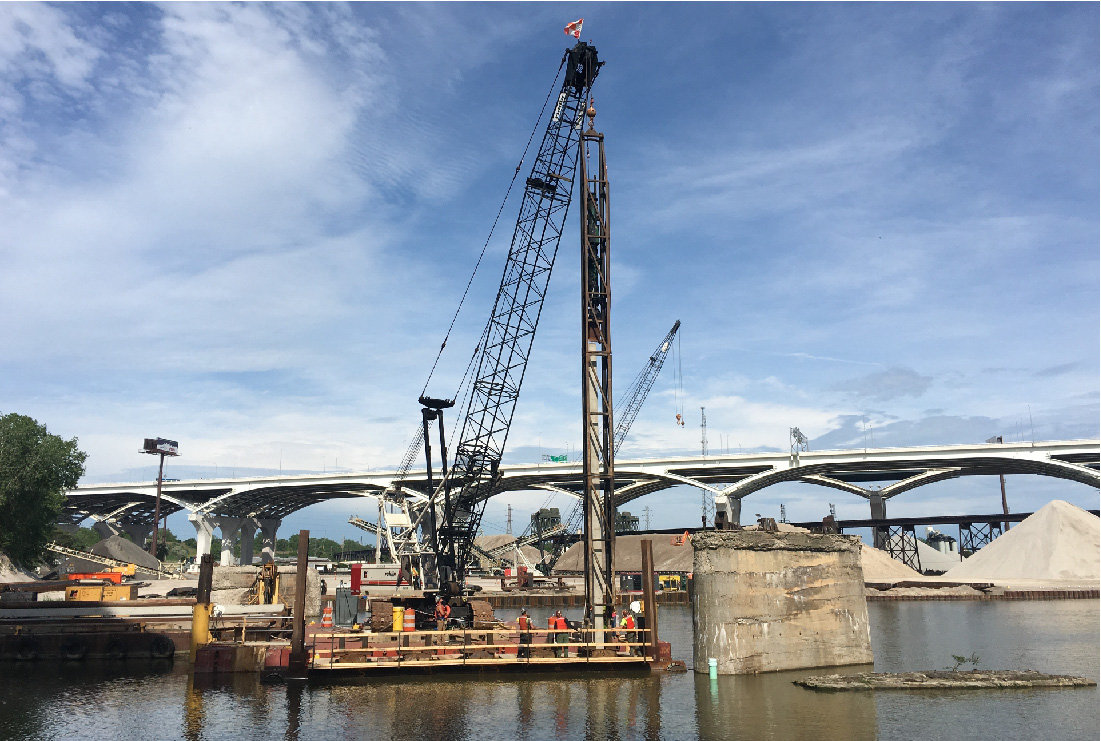 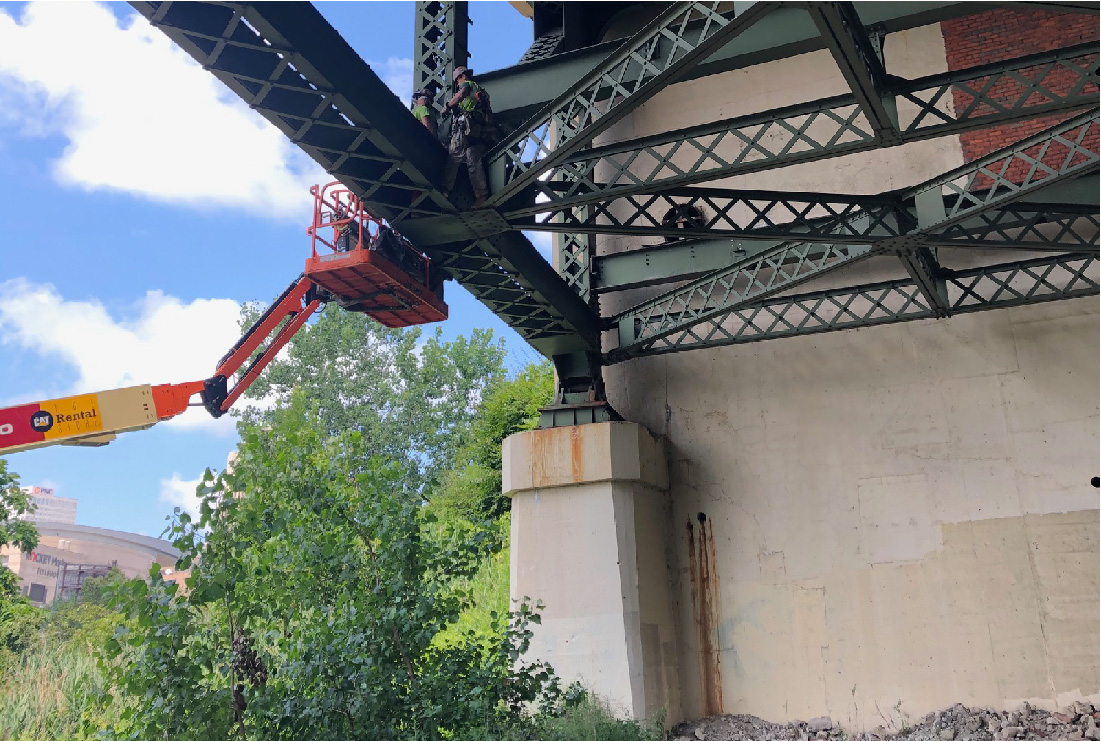 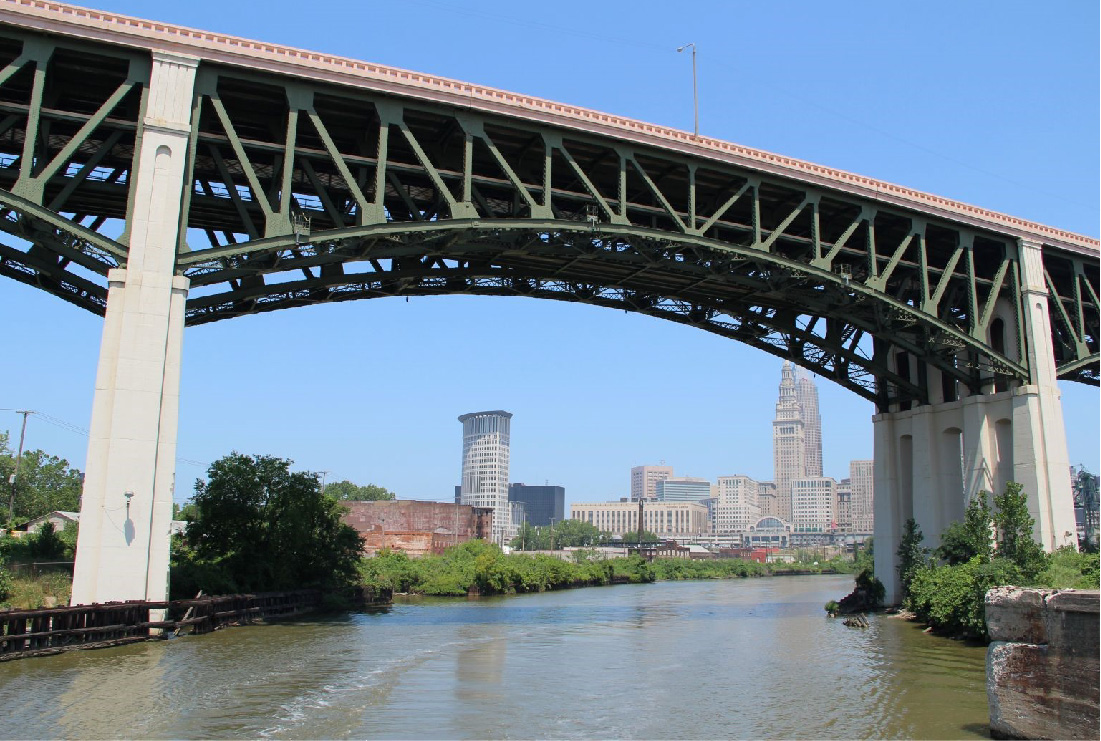 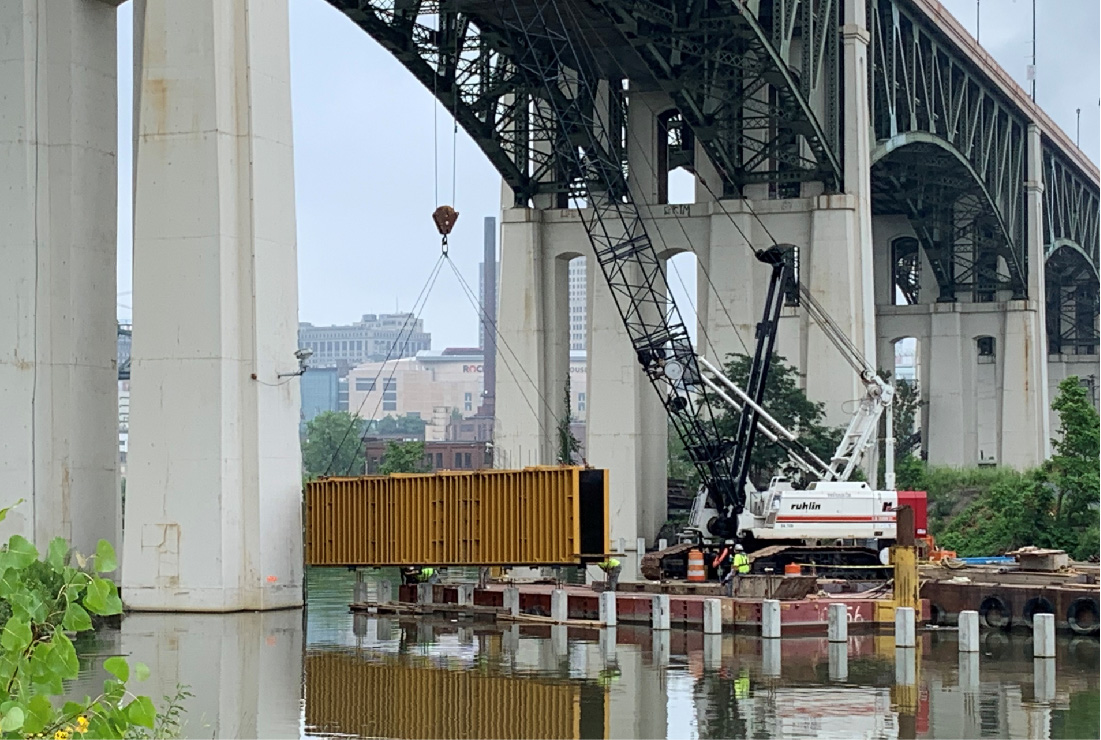 Known for the guardians of traffic carved into the pylons on both ends of the bridge, the Lorain Carnegie bridge has served as a landmark of downtown Cleveland since its completion in 1932. Coming in at just under a mile in length and spanning over 100 feet above the Cuyahoga river, this steel structure has taken nearly 90 years of abuse from North East Ohio weather. It is because of this abuse that the steel structure of the bridge has began to deteriorate or become fatigued in countless areas along its length. The Ruhlin Company performed a variety of steel repairs to the structure of the bridge as well as replaced some portions of the maintenance inspection deck and the marine fenders installed at the structure’s base along the Cuyahoga River.

Ruhlin performed structural steel repairs ranging from the replacement of deteriorated rivets with new bolts, to the replacement of several of the bridge’s expansion pins. Crews worked on the east end of the bridge in span 20, performing repairs as they moved west along the structure, but jumped to span 9 due to a paragon falcon restraint in the contract. Because of a nesting box located at the center of the span, construction was only permitted to take place on this span from September 1st through February 1st.

Paint was also a huge ODOT focus on the project and a driving factor in how the work was sequenced. Ruhlin had Geronimo Painting under subcontract to perform the painting portion of the project which included the painting of our repair areas as well as 19 locations where large portions of the structure was blasted and repainted.

In addition to the repairs to the structure of the bridge, Ruhlin replaced deteriorated portions of the bridge’s maintenance and inspection deck. This portion of the project was unique because the means and methods for the replacement varied from span to span depending on what the span was over and what the patch size was. The areas we replaced could range from 4 square feet to full width replacements. Depending on where the patch was located, close coordination with the iron worker crews were required as the maintenance deck is their main source of access to the steel structure of the bridge. 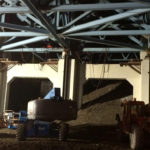